Did you know that Boylan Bottling’s story started in 1891? A pharmacist named William Boylan created an elixir in his Paterson, New Jersey, apothecary. He named that serum, a derivative of birch trees, Boylan’s Birch, and began selling individual cups from a barrel in the back of a wagon.

William Boylan began bottling his birch beer after partnering with John W. Sturr, a local politician, in 1900. The partnership soon fizzled, but Boylan continued bottling his product until Prohibition in the 1920s, when Boylan was primarily sold in unused beer barrels.

In the latter part of the 20th century, Boylan found its greatest success in the distinctive long-neck embossed glass bottles for which the brand has become so well known. The general shape of the bottle and its embossed patterns have remained relatively unchanged from early iterations.

Although Birch Beer will always be a big part of the brand’s heritage, Boylan today is best known for its full line of hand-crafted sodas.

Check out the Boylan Flavors available on the SnackMagic menu:

Learn more about the Boylan Bottling journey from this video!

Where to Find The Best Healthy Sweet Snacks 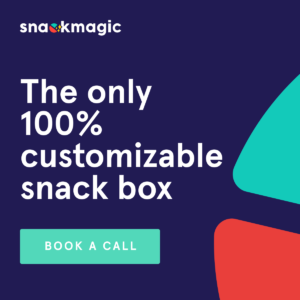 ABOUT US
SnackMagic is the only 100% customizable snack and beverage gifting service. Set up an order for employees, friends, family, clients, remote teams or virtual event attendees in minutes
FOLLOW US