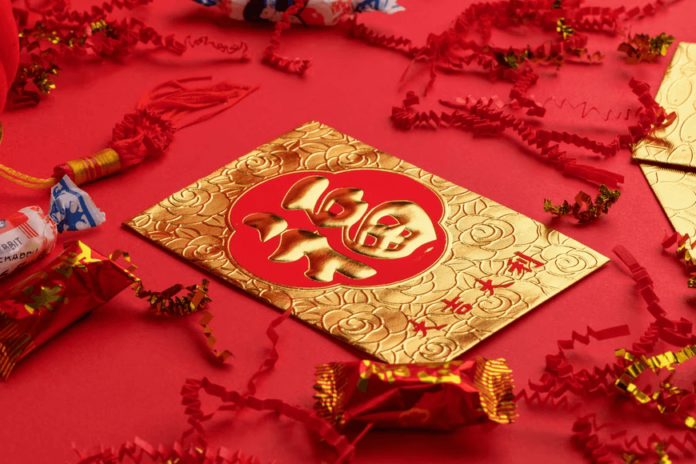 The beginning of the lunar new year is when the new moon occurs. This event happens between January 21st and February 20th based on Western calendars. And the related celebrations keep going until the next full moon.

When is Lunar New Year Celebrated in 2022?

All these dates are based on the Chinese Lunar Calendar.

Many legends are involved in the Lunar new year origin. For example, it’s said that thousands of years ago, at the beginning of each year, a monster named Nian (Year) would attack villagers.

The monster’s fear of bright lights, loud noises, and the color red gave villagers ammunition to chase the beast off. And thus was born one of the most brilliant, most vibrant celebrations the world has ever known.

The lunar new year is celebrated by east and southeast Asian cultures, including Chinese, Vietnamese, Korean, Indonesian, Malaysian, and other communities.

What’s the significance of this year being the Year of the Tiger?

The year of the water tiger will last from February 1st, 2022, to January 21st, 2023. It will occur again in 60 years (as it does every 60 years). This year is particularly special because the tiger is viewed as the king of the beasts in China. And the tiger zodiac sign speaks to courage, strength, and the exorcising of evil.

What’s more, those born in the year of the Tiger are likely to be confident, brave, unpredictable, and competitive.

Luck and prosperity are at the heart of each lunar new year celebration, as are fireworks, red clothes, firecrackers, and decorations.

Another Lunar New Year tradition is the gifting of money in colorful red envelopes to young people.

Other traditional Chinese new year activities include feasting and reuniting with family members. Typically, these traditions are focused on honoring relatives who have passed.

What Chinese New Year food options would you want to try? Luckily, across the world, there are many varieties and interpretations of this special celebration. Below, we’ll look into some specific Lunar new year traditions from around the world:

Lunar new year in Malaysia welcomes spring and offers families a chance to reunite for a delicious dinner.

You’ll find Yee sang, a traditional Malaysian salad dish, at nearly every table. This particular offering is associated with good luck. There’s also Nián gāo, which is a rice-flour cake. On top of that, Mandarin oranges are believed to bring good fortune.

The Lunar new year is often called Tết in Vietnam and is enjoyed with extended family members. It is considered an opportunity to bring groups of relatives together that might not have a regular opportunity to see one another.

And the menu is absolutely scrumptious, including a log-like cylinder called bánh tét and square sticky rice cakes called bánh chưng, a staple in northern Vietnam.

Lastly, we’d be remiss to forget SnackMagic’s 2022 Tiger Set, curated specifically for a Tet celebration. In this collection are tastes and treats unique to Vietnam and how they celebrate the arrival of another Lunar New Year.

In Singapore, 75% of the population is Chinese. As such, the Lunar new year is a massive celebration that includes many culinary delights, such as pineapple tarts.

River Hongbao is the largest Chinese New Year festival in Singapore. It changes locations across the country year to year. And why not add to the Lunar new year festivities with SnackMagic’s expertly curated Singapore-based Chinese New Year Favorites stash?

Indonesia enjoys many of the same traditions already discussed when celebrating its lunar new year. In other words, those celebrating in Indonesia spend time with family, devour delicious food, and give envelopes filled with money as gifts.

Also, in Indonesia, the Chinese new year is referred to as Imlek.

Speaking of which, make this year’s Imlek extra special by sending SnackMagic’s Oriental Taste curated gift box to your friends celebrating the new year in Indonesia. The selections are specific to Indonesian tastes and are sure to be a hit.

This year’s Lunar New Year might be wrapping up, but you can continue to celebrate with friends and family that welcome a new baby or experience a milestone during the Year of the Tiger.

SnackMagic hopes to be part of all your Chinese new year celebrations, from the year of the tiger to the year of the rabbit, with our delicious, sophisticated offerings. At SnackMagic, we enjoy celebrating global occasions like the Lunar New Year, as it gives opportunity to learn more about a culture through food and beverage. Our menu items are sure to fill your bellies and bring a smile to your face on this most momentous occasion.

SnackMagic is a global corporate gifting platform. We offer build your snack/swag stashes and curated stashes for your virtual gift recipients. For in person or office, we offer Grab & Go trays, goodie bags, and bulk snack ordering. Read our blog for tips and advice on corporate gifting, globally.

ABOUT US
SnackMagic is the only 100% customizable snack and beverage gifting service. Set up an order for employees, friends, family, clients, remote teams or virtual event attendees in minutes
FOLLOW US
MORE STORIES

Everything You Need to Know to Find your Perfect Corporate Holiday...